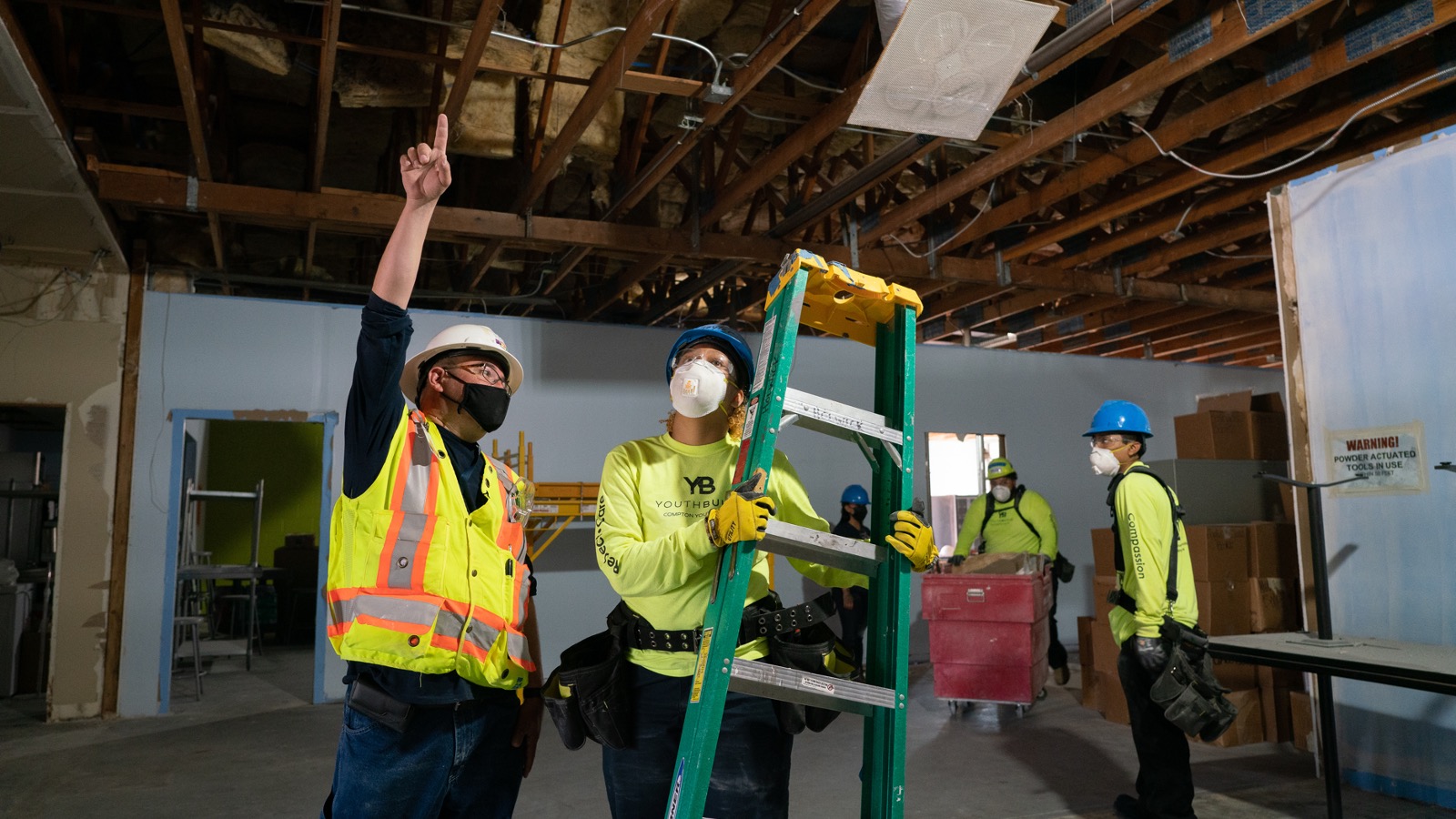 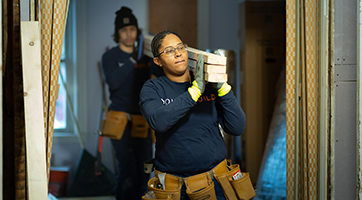 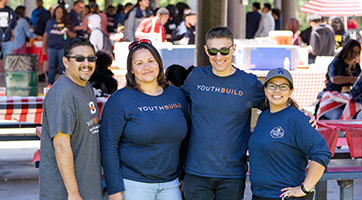 Making a House a Home for a Columbus Veteran

A dropout recovery high school in Columbus, Ohio, rehabilitates a home for a veteran in need, altering the lives of the grateful homeowner and the proud construction students. In the fall of 2016, YouthBuild Columbus Community School students began the rehabilitation of a house that would prove to be one of their most impactful thus far. The home was owned by Bill Hopkins, a U.S. Army veteran. Hopkins’ home was in such disrepair, he was unable to live in it, having to stay in a trailer on his property. Bill moved in with his daughter once the students started work and loved visiting the jobsite to see their progress. He and the students became friends, and they loved hearing stories of his childhood in Appalachian Kentucky, a world so far from what the students knew of inner-city life.

The completion of Bill’s home was cause for celebration, and YouthBuild Columbus Community School invited community partners to a cookout in its honor. Students were able to give tours to the Columbus City Council President, local construction companies who had donated time and supplies, and neighbors who had watched their progress through the cold winter months. The students got to see the fruits of their labor and show their classmates what they had accomplished with their own two hands. One student had expressed interest in the work being done by electricians on the house and was offered an apprenticeship upon graduation.

Bill made a speech to thank the students and staff who worked to make his house a home. And the cycle continues – the following year brings a new group of construction students eager to make an impact and serve their community.